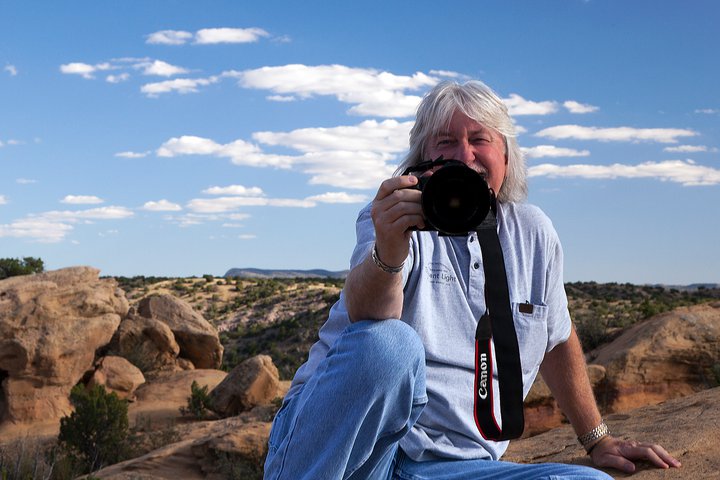 My family moved from southern Indiana to southern California in 1963 when I was 9 years old. The move was both exciting and scary and as we drove along the historic route 66 from St. Louis to Los Angeles I worried about what it would be like to start life over in a new place. At that young age the drive was boring except for the occasional stop at a tourist attraction or Indian Curio Shop – little did I know then that this same drive and all the places it covered would mean so much to me years later.

In 2005 my wife and I were vacationing in Arizona and New Mexico which included a short visit to Taos as we headed to Santa Fe. Both of us fell in love with magical Taos and a few months later we purchased a second home. We’ve since learned that Taos has a history of drawing people in – this is not at all unusual for mysterious northern New Mexico.

Up until a few years back we lived part-time between Southern California and Northern New Mexico. This allowed for unlimited driving explorations on interesting back roads – which led to unique discoveries and contributed too many wonderful photographic opportunities. In May of 2012 we moved permanently to Taos, fulfilling a dream of both my wife and myself. I now have daily opportunities to photograph spectacular Northern New Mexico and share with you the beauty and love that I have for this place.

I have been photographically documenting the American Southwest over the majority of the last two decades. Based in Taos, I have been providing images to both local and national magazines such as: Cowboy & Indians Magazine, Colorado Life Magazine, New Mexico Magazine, Shadow & Light Magazine, Alibi Magazine, Shot Magazine, Free Verse Journal, Albuquerque Arts Magazine, and various visitor guides throughout New Mexico.

My goal is to capture and preserve the vast landscapes, crumbling buildings, rusting forgotten cars and evidence of diverse cultures that I find along the way – giving them new recognition and preserving them as they erode – before they melt back into the earth.

Originally a film photographer, digital photography now allows me to preserve and present to others the images that form instantly within my mind’s eye. Digital capture meets my personal photographic equipment needs with Adobe Photoshop functioning perfectly as a 21st century darkroom. In the last few years, equipment and technology advances have made it so that my pigment on archival paper images can possess the same clarity, depth, contrast and longevity of some of the renowned photographers of the past. With their influences and examples I strive to follow in their footsteps in the hopes of meeting their high standards.  My most important influences are: Ansel Adams, Paul Caponigro, Dorothea Lange, Paul Strand, Robert Frank, and painter Maynard Dixon.

When people view my images I hope that they see beyond my printed vision and experience their own feelings and emotions. Hopefully though my eye they will gain a new perspective and see their world in a new and expanded way. I believe that the goal of all art forms is to expand ones point of view and deepen the viewer’s understanding and enjoyment of their everyday world.

I now offer photography workshops and tours out of my Taos New Mexico studio. I was a past partner and instructor for Eloquent Light Photography Workshops out of Santa Fe from 2009 through 2012. In June of 2012 I decided to go on my own and started offering my photo tour and workshop services out of my studio.

My photographic work is represented by Panterra Gallery in Bisbee, Arizona and the Tularosa Basin Photography Society Gallery in Carrizozo, New Mexico, the Albuquerque Art Museum Foundation and the Blumenschein Museum in Taos, NM.

In 2009 I published a book of my Black & White photography titled “Through the Lens”, and I am currently in the final stages of completing a new book titled “10 Degrees of Gray”. I have also provided images for the covers of novels by author Wesley Redfield and poet Joseph Charles McKenzie.

My work has been exhibited nationally with numerous images purchased for private collections including recent 2015-2019 purchases by the University of New Mexico in Taos, NM; the Center for New Mexico Archeology in Santa Fe, NM; the Rio Arriba County Health Commons facility in Espanola, NM; the Town of Pecos, NM; New Mexico Bureau of Geology in Socorro, NM; the Village of Bosque Farms, NM; and The Gus Foster Collection of Taos, NM.